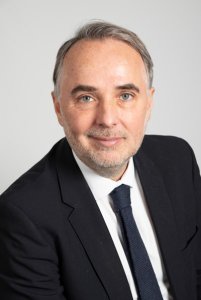 UIC nextstation usually gives the opportunity every two years to bring together all the actors involved in this complex object that a station is. This year, the theme is “Railway Stations Boosting the City”, that is to say that we will gather actors from all horizons to understand what stations bring to the urban life, taking into account all the possible angles. Indeed, a station is the entry point to the backbone of the railways. It is now well understood, as transport and structural functions to the city, railway stations must be adapted to the new characteristics of the city, and because the city is changing, the station must follow the same model. Which means that if cities turn into smart cities, stations have to become smart stations. This is one of the main strategic axes which form the station sector activity. We are living in an increasingly digital world, and what we will explore is the capacity of the stations of the future to play their role of smart interfaces. Stations should interface smoothly with the complex ecosystem of the local transports, whether they are public or private, on one hand, and with the rail system, on the other hand, that ensure both regional and long distance transport. We have here a huge technical challenge, in particular for dealing with big data management in order to offer the best services possible, but also privacy and a high level of cyber security. Beyond those technical aspects, we have above all a common purpose. We all know that whatever will happen, urban mobility will increase, and there is a very simple reason for that: we will live increasingly in cities, not only in Europe, Asia or Middle-East, but also in Africa. If we want our cities to offer healthy, safe and sustainable public space, we need to transform the stations of today into the smart connecting nodes of the polycentric cities of tomorrow. From our collective thinking during the UIC nextstation event in Tehran in November 2019 will emerge concrete and shared solutions. Particularly the role of the station in generating the cities. 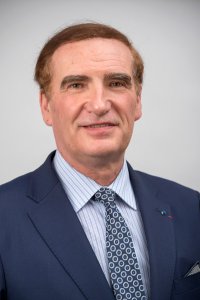 Since their development, stations have always been interesting places. Places of interface between intracity and intercity mobility, between all modes of transport, in a sustainable combination. Beyond their historic importance, we have to remind their role in global travel, of which they are the cause, the consequence, and the symbol. Around the world one million kilometers of rail infrastructure carry one million trains every day. But on this huge network each station is unique as a social mirror of its city, its country, its people.

Railway stations have also the capacity to make us dream, to dream of the smart mobilities of tomorrow, by inviting younger generations to dream even higher and smarter than the heritage our forefathers left us.

In a nutshell, here is the spirit of the last UIC nextstation conference, which took place in 2017 in Madrid. Which now transmits the torch to the Tehran conference to be held in November 2019.

I give the floor to François Davenne, upcoming Director General of UIC, who will make the transition with Tehran edition. 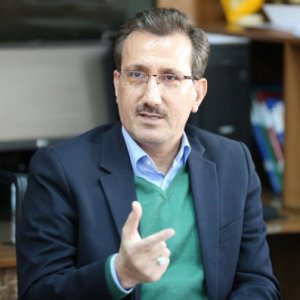 On 11 – 13 November 2019, the Railways of I. R. Iran (RAI), under the auspices of the International Union of Railways (UIC), will be hosting the 7th edition of UIC nextstation 2019 Conference in Tehran.

nextstation 2019 will be dedicated to the theme "Railway Stations Boosting the City". Being a subject of interest for the rail transport players and experts, the event will be a platform for decision-makers, representatives of industries and academic individuals to share information and exchange experiences concerning the latest developments on designing and operating rail stations across the world, stations governance, multimodality of stations, security, etc. During the conference, we would like to discuss the future of railway stations’ needs with a systemic approach, its connectivity with the city and how the railway stations feed commercial and social ties. Nowadays, policy-makers and transport activists pay serious attention to certain concepts such as commercialisation, economisation of activities, improvement of efficiency and quality of services. To achieve these goals, it is necessary to create certain conditions such as the modernisation of railway stations. In this regard RAI, as one of the largest rail networks in the Middle-East, is pleased to host the UIC nextstation 2019 for the first time in the region. UIC and RAI look forward to meeting you in Tehran from 11 – 13 November. Please join us at the nextstation 2019 Conference.

The government of the Islamic Republic of Iran has put rail development on top of its priorities and the 6th Development Plan (2016-2021) of the country has foreseen that rail freight transport is to be increased from the present 12% to 30% and passenger transport from the present 8% to 20%. Presently the Railways of the Islamic Republic of Iran owns 13000 kilometres of rail lines, 6500 km of new rail lines under construction and there 25000 freight cars, 1900 passenger coaches moving on its rail network. The rail network of Iranian Railways (RAI) is currently connected to the railways of the CIS countries via the Sarakhs border as well as the Incheh Burun borders with Turkmenistan. It is connected to Turkey’s railway via the Razi border, to Pakistan railways via the Mirjaveh border and to Azerbaijan via the Astra border. The Iranian railway network has also been developed and extended to the Iraq border in Shalamcheh and also to the Afghanistan border. It is also linked to the Persian Gulf and the Caspian Sea and has the possibility of combined transportation.